Organised and hosted with Stefano Serafini, Sarah Martin, and Mia Dormer, this two-day hybrid conference will always be a landmark event in promoting the serious study of genre fiction. Featuring academics, creative practitioners, and enthusiasts in dialogue, with keynote speakers Alistair Rolls and Caroline Crampton.

Organised and hosted with Sarah Martin, Mia Dormer, and Stefano Serafini. The COVID-19 pandemic put paid to well-advanced plans to host The Golden Age of Crime at the University of Chester, and also halted preparations for that September’s Agatha Christie conference. Undaunted, the committees of both conferences joined forces for a unique online two-day symposium. The event was a huge hit and many of the presentations are available online (link to follow). Keynote speakers included Martin Edwards and Victoria Stewart.

An afternoon of practical discussion, networking, and panel talks on detective fiction, co-organised and co-hosted with Brittain Bright for CleanProse. This event featured Lucy Foley, Andrew Wilson, and Mia Emilie in conversation with Brittain and me, to explore how crime and detective novels are constructed and what makes the perfect ending. 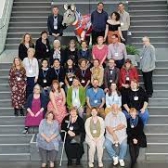 Organised with Mark Aldridge, Mia Dormer, and Sarah Martin, this two-day event was the fifth international Agatha Christie conference. It featured an impressive array of speakers, including a personal friend of Agatha Christie. I was also honoured to present Agatha Christie Goes to War with co-editor Rebecca Mills at this event. 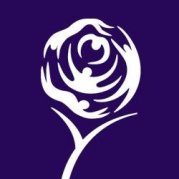 The website for this event can be found at http://www.criminalheritage.wordpress.com

This exciting international conference was organised with Fern Pullan. Distinguished speakers from universities across and beyond Europe introduced some stimulating new discussions. We are pursuing publication. 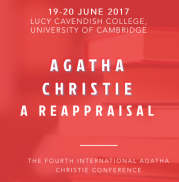 Follow all the latest updates on this exciting conference at
www.agathachristieconference.com

This event was co-organised by Mia Dormer and me. Keynote speakers includes Merja Makinen and Julius Green and there were exciting surprises, including an exclusive staged reading of the then-unpublished play A Daughter’s a Daughter with special guest stars.

Follow all the latest updates on this exciting conference at www.agathachristieconference.wordpress.com

This event was co-organised by Mia Dormer and me. Keynote speakers included Mark Aldridge and Sophie Hannah.

I promoted this event at the International Agatha Christie Festival. This exciting two-day conference built on all the potential of the previous year’s. It featured stunning keynote papers from the crime writer Sophie Hannah, Professor Gill Plain, and Dr John Curran. Much fun (including two conference meals and a pub quiz!) was had by all.

Events were crowned with an exclusive VIP
performance of Murder on the Nile from the Exeter Little Theatre Company, tying nicely with our title: Hidden Horizon was that play’s original title. The event received national media coverage. 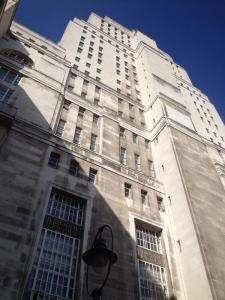 This pioneering international event brought together researchers with writers and enthusiasts to discuss the issue of women in crime fiction. Co-organised by Brittain Bright (Goldsmiths, University of London) and me, the two-day conference took place in Senate House, University of London.

Our keynote speakers both went down a storm. The crime writer Val McDermid talked about ‘why tradition matters’: she identified Josephine Tey as a neglected genius, who began to transform the detective genre, and named Ruth Rendell as the reigning queen of crime. Lee Horsley, the founder of CrimeCulture, whose monograph Detective Fiction (2005) has been quoted by everyone in the field, gave a thrilling talk about femmes fatales in ‘psychological noir’ fiction. We were

excited to see the first stage of her thrilling new research project.

In the evening, we enjoyed a panel discussion in which Brittain Bright and I chaired. Three familiar crime writers were in conversation. Alanna Knight, Jessica Mann, and Kate Rhodes all have very different approaches to crime writing, and they all spoke with warmth and insight.

This ground-breaking event was the first full academic conference devoted to Agatha Christie to be held in a British university. For this event, we received a funding award from Research Development, University of Exeter, and endorsement from the Crime Studies Network. I organised this one-day conference independently.

e day included nineteen twenty-minute talks, as well as two keynote papers, and an artistic exhitbition. Feedback was brilliant. One delegate said, ‘I have never attended a conference where all the papers were of such a consistently high calibre.’ Themes ranged from ‘Recurrent Plot Devices’ (John Curran) to ‘Textiles in text’ (Jane Custance Baker), translation (Brigitta Hudácskó), the queer child (Sarah Bernstein), and ‘Miss Lemon’s Filing System as a Cabinet of Curiosities’ (Meg Boulton).

Our first keynote speaker, Merja Makinen, drew comparisons between Christie’s The Hollow and Virginia Woolf’s To the Lighthouse. Sarah Street, our second keynote speaker, offered insights into the biopic Agatha, and its fraught production history. The attached exhibition, curated by Cristina Burke-Trees, featured prints of cover paintings by leading artist Tom Artist, who put in an appearance. A colleague and I are proposing an edited collection based on proceedings.

A number of participants tweeted the event. Click here for the Storify.