This review was originally posted on Goodreads, and has been back-dated here. 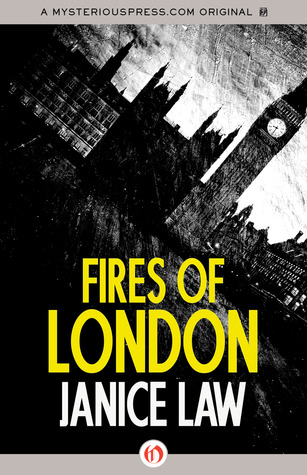 Francis Bacon was one of the most powerful surrealist painters of the twentieth century and Janice Law imagines him on the track of a murderer in London’s gay underworld during the Blitz.

Law paints Bacon as a likeable, cheeky, self-deprecating but starlingly intelligent and sincere young man, troubled by his sexuality but unlikely to renounce it. Bacon, who narrates, is an ARP warden in London. It’s 1939. During a blackout, he walks into a dead body and promptly becomes the prime suspect for murder. A detective on his back has a suspiciously specific agenda, and with old friends, and old conquests, going missing, things start to get personal.

This short adventure-mystery-thriller culminates in a predictable but thrilling manner. While Bacon has been exploring the darkest parts of London and the darkest corners of the human soul, it all ends with a huge flash of light. If you know what I mean. This is London; this is the war.

An immaculately-researched and evocative novel, Fires of London had me turning e-pages like there was no tomorrow (and ‘tomorrow’ was far from certain for these characters). It does not surprise me one jot that its author is herself a painter: the artistic temperment, and the narrator’s tendency to see everything in terms of which paint he would use to capture it, are authentic.

However, I will eat my hat if Janice Law is British. Slang such as ‘copper’ is over-used and often used jarringly. Very few natives of London in the 1930s and 1940s will have used this and only this word to refer to a police officer. Then, as now, and there, as the world over, language was more fluid, more dynamic. Slang is a tricky thing to get the hang of, and only the strongest writers can pull it off. Passages like this were genuinely distracting: ‘Oh, there were all manner of deviants […] and a good many pleasant chaps who wanted to buy me drinks and fondle my bum, so to speak.’ Brian Sewell aside, I defy you to find anyone who has ever spoken like that!

Writing about corruption, networking, light and dark (on all levels), and secrets, though, Janice Law is in her element. I have a suspicion that Francis Bacon will be thrown into more exploits. And people will want to read all about them.